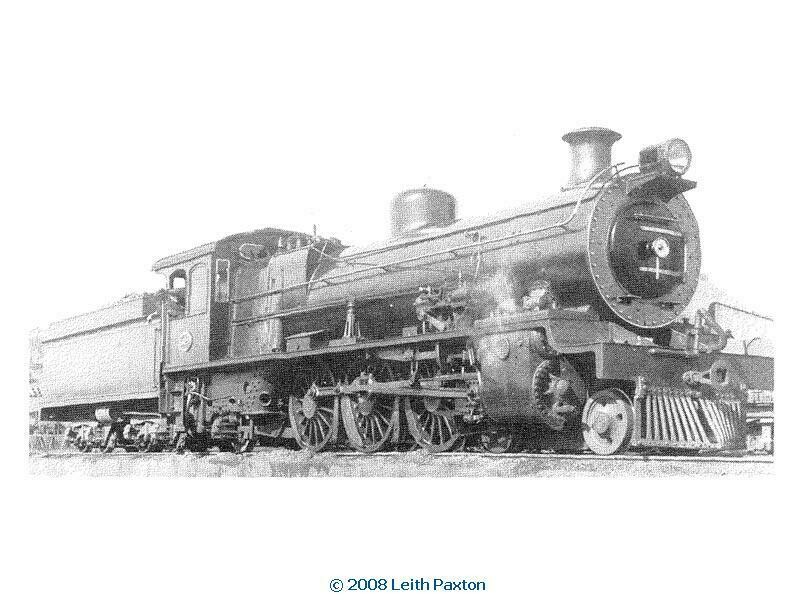 The Class 16C 4-6-2 Pacific type locomotive was designed by D.A. Hendrie, Chief Mechanical Engineer (CME) of the South African Railways (SAR), and built by the North British Locomotive Company (NBL) in Glasgow, Scotland. Ten locomotives were delivered in 1919, numbered in the range from 812 to 821. A second order followed in 1921 for another twenty locomotives which were numbered in the range from 822 to 841 when they were delivered in 1922.

Characteristics
They were identical to the predecessor Classes 16 and 16B in most respects, except that Hendrie had added a combustion chamber to the boiler, similar to that of the Class 15A. This reduced the distance between tube plates from 18 feet 3 inches (5,563 millimetres) to 15 feet 10 1⁄2 inches (4,839 millimetres). The presence of the combustion chamber was visible externally as an extension of the Belpaire firebox hump.
The engines were equipped with Lambert sanding gear, which was a "wet" system whereby a mixture of water and sand was delivered to the rails. Under ideal conditions with fine-grained sand, results were fairly good, but maintenance problems and cost led to reversion to gravity sanding on later engines.
Robinson superheater header
The boilers were fitted with the Robinson type superheater, the first time this type was used on a Hendrie engine. The Robinson header was constructed with compartments, alternately for saturated and super­heated steam. There were eight inlet and outlet ends of superheater elements expanded into the bottom wall of each compart­ment, with the exception of those compartments at each end, into which only three element ends were expanded. Three cover plates were bolted to the front of the header to allow access to the respective compartments, for expanding the element tubes in position or forcing them out when necessary.
Save this product for later