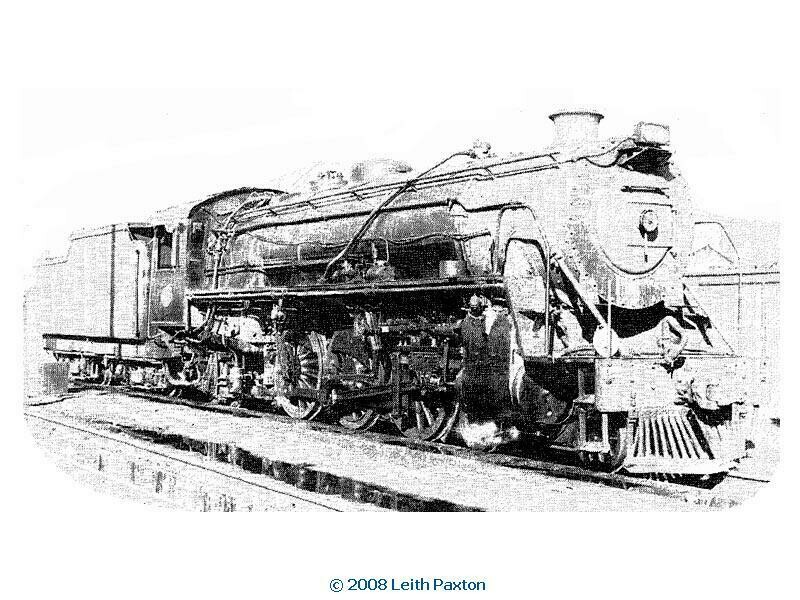 On 15 December 1924, after an official tour of investigation to the United States of America by G.E. Titren, the Superintendent Motive Power of the South African Railways (SAR), an order was placed with the Baldwin Locomotive Works of Philadelphia for four experimental locomotives, two of which were of a 4-6-2 Pacific type wheel arrangement. These locomotives were all delivered in 1925. The two Pacifics were designated Class 16D and numbered 860 and 861.


The two Mountain types, which arrived from the same builders in the same shipment, were designated Class 15C. The Classes 16D and 15C were specially designed for working the Union Limited (Johannesburg to Cape Town) and Union Express (Cape Town to Johannesburg) passenger trains, the forerunners of the Blue Train.[1][2][3][4]

Characteristics
These locomotives conformed to SAR requirements as far as practicable but also incorporated the latest American railway engineering practices. The engines introduced several features which were new to the SAR at the time, such as top feeds to the boiler, self-cleaning smokeboxes, Sellar's drifting valves, and grease lubrication to the coupled wheel axle boxes, crank pins and connecting rod big ends.
The locomotive's size quickly earned it the nickname Big Bertha, while its contemporary Class 15C locomotive was nicknamed Big Bill. The first two Pacifics were followed by another five locomotives from the same manufacturer in 1926, numbered in the range from 862 to 866.
They had 5 inches (127 millimetres) thick bar frames, which extended from the front buffer beam to the rear dragbox. The boilers were equipped with three Coale pop type safety valves and Schmidt type superheaters. Their fireboxes were equipped with flexible side stays and water siphon arch tubes to support the brick arch and to improve circulation. Their Type KT tenders, arranged with self-trimming type coal bunkers, had a coal capacity of 14 long tons (14.2 tonnes) and a water capacity of 6,000 imperial gallons (27,300 litres) which was considered sufficient for the engines to travel 100 miles (161 kilometres) without having to replenish water.
Save this product for later