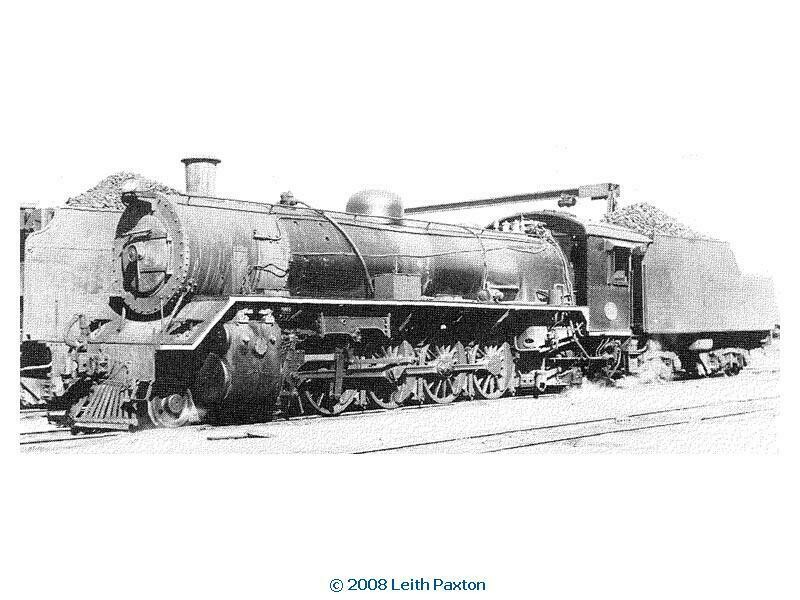 SKU 38
£35.00
In stock
1
Product Details
Until 1928, the bulk of light 60 pounds per yard (30 kilograms per metre) branch line traffic on the South African Railways (SAR) was hauled by Classes 6, 7 and 8 locomotives. Due to the increase in traffic during the late 1920s, the need arose for a new and heavier type of branch line locomotive.
At the request and under the direction of Colonel F.R. Collins DSO, Chief Mechanical Engineer (CME) of the SAR from 1922 to 1929, the basic design of the new Class 19 4-8-2 steam locomotive was done by Research and Test Engineer M.M. Loubser, himself later to be appointed as CME from 1939 to 1949. In 1928, four locomotives were built in Germany by Berliner Maschinenbau AG (BMAG), the former L. Schwartzkopff. They were delivered and placed in service during that same year.
Characteristics
The locomotives, numbered in the range from 1366 to 1369, were in essence a lighter branch line development of the earlier Classes 15CB and 15CA heavy 4-8-2 mainline locomotives and proved to be extremely successful. They were approximately 50% more powerful than the Class 8 family and also had better speed with their larger diameter coupled wheels. They were superheated, built on bar frames and their piston valves were actuated by Walschaerts valve gear.
A feature which was to be followed for all subsequent SAR locomotives was their relatively large firegrate area of 37 square feet (3.4 square metres). The round-topped firebox had flexible stays fitted in the breaking zones. Three support brackets tied the boiler barrel to the main bar frames. As far as practicable, mountings were fixed to a steam stand on the firebox top and fitted with extensions to the spindles to carry the handles inside the cab, within easy reach of the enginemen.
The cylinders drove on the second pair of coupled wheels. The locomotives were fitted with the single slide-bar type piston crossheads, popular in Europe but prone to rapid wear under South African conditions. The valve spindle crossheads were screwed to the ends of the valve spindles and secured with locknuts. Although this made adjustment easier, it was not satisfactory in service and was later replaced by the usual taper fit with cotter pin. With these two exceptions, the mechanical parts of the Class 19 gave very little trouble.

Save this product for later